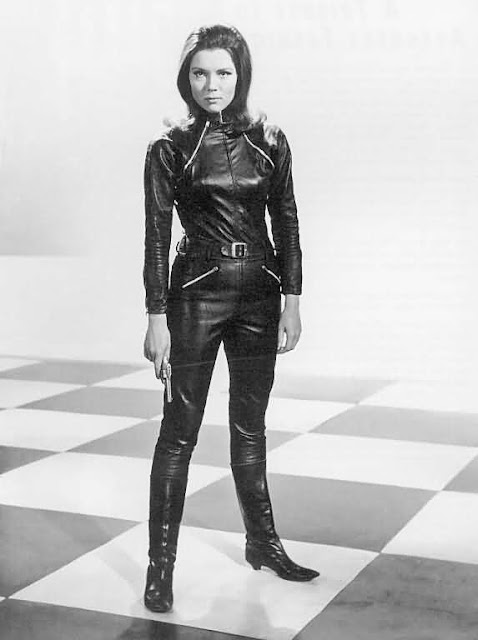 I've never considered myself a "cosplayer." I have trouble reproducing costume and clothing, by which I mean I don't stick to a given design very well. I wander off and do my own thing and add my own touches, both with historical dress and vintage inspired outfits. I'm also not a big comic book fan, anime fan, or Disney fan, so cosplay rather eluded me....

This year's pool party theme at Costume College was "It's a Mod Mod Mod Mod World." 1960s. Groovy. I have a few vintage 1960s pieces that would've been perfect, but I knew there was one thing and one thing only that I would wear. 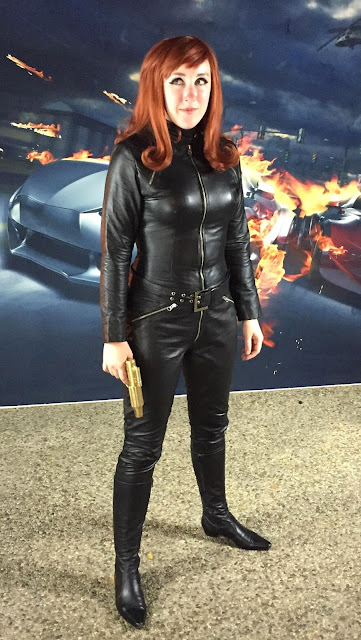 A couple years ago, for some reason (Halloween? Racecars?) I bought a leather jumpsuit off eBay. Real leather! It was way too baggy, so I ripped the lining out and had a go at it on my trusty home Singer, and turned it into the tighter-than-skin-tight catsuit I had imagined.

And then never wore it.

Two years later, I pulled it out for the CoCo party, intending to go as Emma Peel, from the 1960s UK television show "The Avengers." Diana Rigg, being the bombshell she was (and still is) has always been an inspiration to me (married James Bond, drove a Lotus, killed Joffrey), and I just loved her funky leather spy-suit in The Avengers, before her costumier took her more mod in polyester and color blocking.

Hell, I already had the jumpsuit, so why not? I teased a red wig from Arda Wigs into shape, found some tight, pointed-toe boots with a low heel on eBay, and applied a sinful amount of black eyeliner. DONE!

Will I ever wear this again? Maaaaaybe :-). It was surprisingly comfortable (thank goodness for real leather) and even if I don't have the best body for it, I felt pretty schmexy. <3 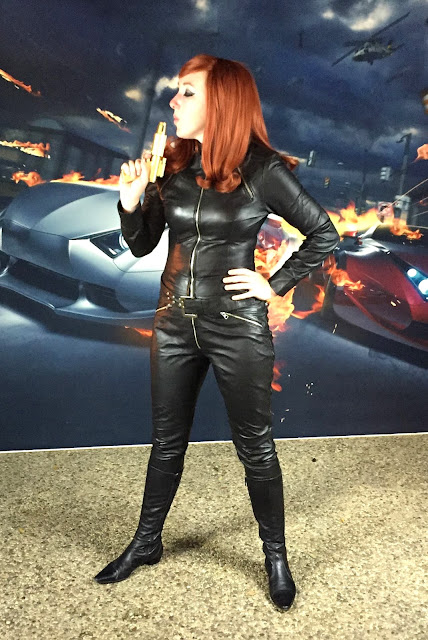