Posted by Lauren R on March 14, 2010
My super-woman blogging abilities have been lacking lately, no?  So here's a bit to let you know what's been going on in the Wild World of Duchess... 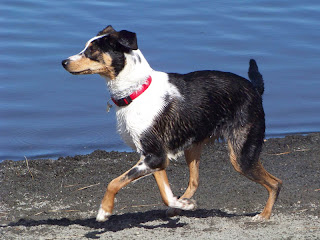 1. I got another dog.  She is a Greyhound/Border Collie mix rescued from the Nevada Humane Society.  She's got some bad habits, but so far we're breaking them via squirt bottle and prong collar (disclaimer: these collars in no way hurts my dogs, but instead train them to not pull on the leash and strangle themselves.  I would wear one myself and often recommend them to everyone I see with an out-of-control dog) 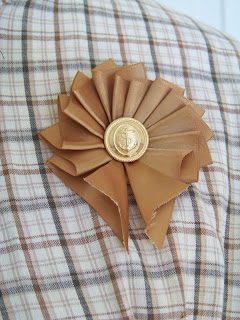 2. I tried to make a cockade.  Tried.  It's either harder than it appears, or I'm missing something...like grosgrain ribbon, for a start.  I'm going to work on it and make a tutorial for you guys. 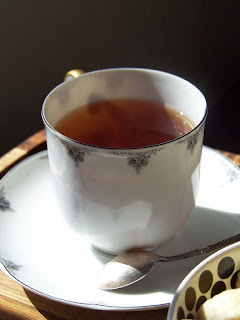 3. Breakfast a la Limoges.  It's the first time I've used this teacup, and I'm quite pleased about it.  I never had tea parties as a little girls, not one single time, so having real tea parties every morning as an adult fills me with a glee, and the sense that the rest of the day will be good (let's hope).

4. Flat-lining James' Breeches.  Have any of you ever tried to flat-line pants?  It's mental.  Don't do it!  I ended up sticking them on my own legs, inside out, just to sew in the last bit of lining.  Good news though, they're not far from done.
18th Century Miscellany Tea and Things