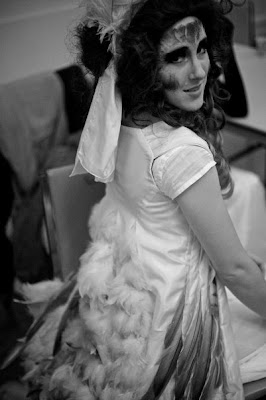 The moment at least a handful of you have been waiting for!

Last weekend I wore The Owl to Gaskells. I had been planning, crafting, stitching, and wrangling my way toward this one night for the greater part of 2009. 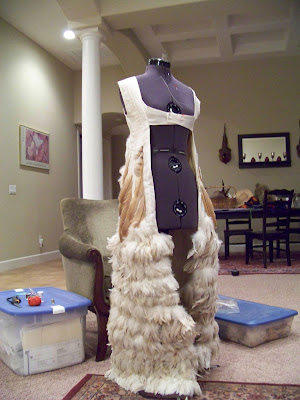 It started with feverishly finishing the thing. I had gotten pretty darn sick of it, but I was rescued by my fantastically crafty mother, who swooped in and went to work stitching on feathers and making necessary tucks and tacks. 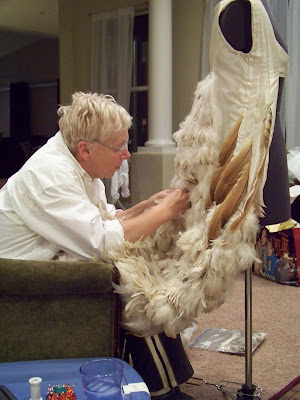 My crafty mother, at about 10 pm, "fixing" things.
With the thing somehow complete, we scurried down to San Jose for a dual-purpose weekend: packing my entire apartment for The Move, and also donning this costume for Gaskells on Saturday evening. 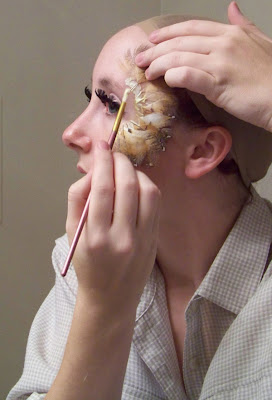 I started the makeup somewhere around 4:30, beginning with these insane feather eyelashes I'd picked up at a Halloween store, on a whim. They took some fenagling, but I got them to stick, then started on the feather "mask". This involved painting on a dab of liquid latex, then sticking the feather into it and holding it in place. I used real barn owl feathers for this (courtesy of The Dreamstress), and layered them on up around the arch of my eyebrows, and under my cheekbones. After the latex was dry, I smeared on foundation to blend it, then some black eyeshadow on my eyelids, and that was it! 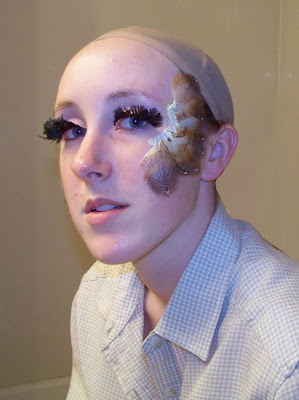 Feather face makeup, in progress - and the wig cap of awesome. 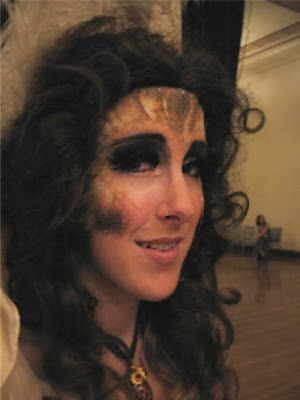 With all of it put together, it looked really quite cool! Nevermind those packing boxes in the background... 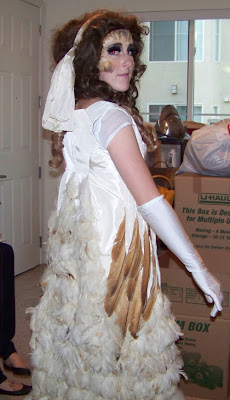 The dance was lovely. The Owl and the Fox were well-received, we had no major problems with dancing, tripping, or molting. I did lose one clump of feathers, but I count myself lucky, and there was no visible hole. I did have some trouble with the weight of the gown causing my shoulders to hurt. I found this to be true of this pattern despite the feathers, as there is no weight distribution throughout - it hangs off the shoulders, so all the weight is there.


Lovely photos by Justin Oliphant and others 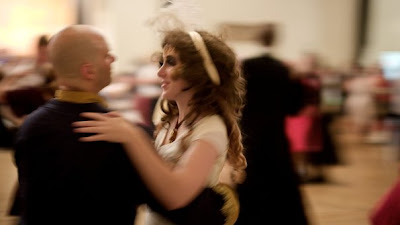 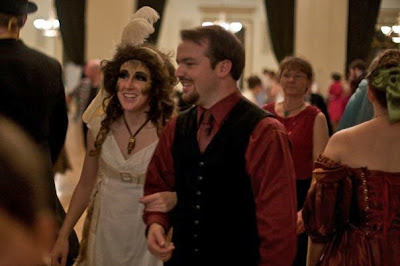 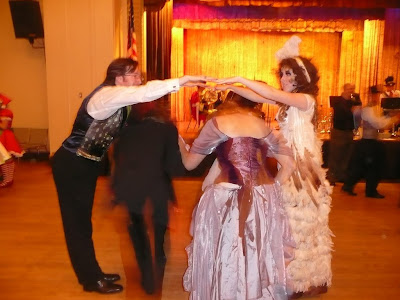 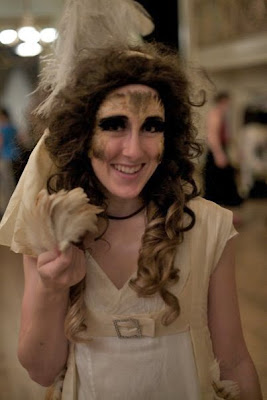 At the end of the night, I had the joy of peeling latex off my face, which was akin to ripping band-aids off. Luckily, I didn't wake anyone with my squeeks of pain, and there was no irritation from the latex, yay! 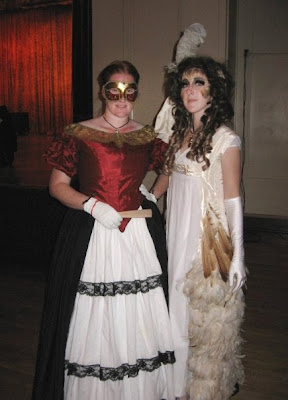 Jenny of Button N' Bows, in her GORGEOUS "Mask of Zorro" gown.
The owl gown will not be worn again. It will be repaired, cleaned, and auctioned on eBay. More information on that later. Don't cry, it's o 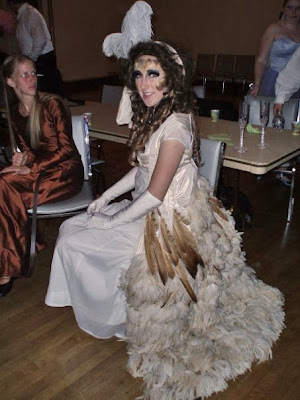 And that's it! A year's worth of costuming done, worn, loved. Now on to other projects (all under $75 of course), and the continued pursuit of good craftsmanship, design, and beauty through clothing :-)
18th Century Barn Owl Gown Events