Posted by Lauren Stowell on April 01, 2015
I have terrible Costume A-D-D right now. I want to make ALL the 18th century things! 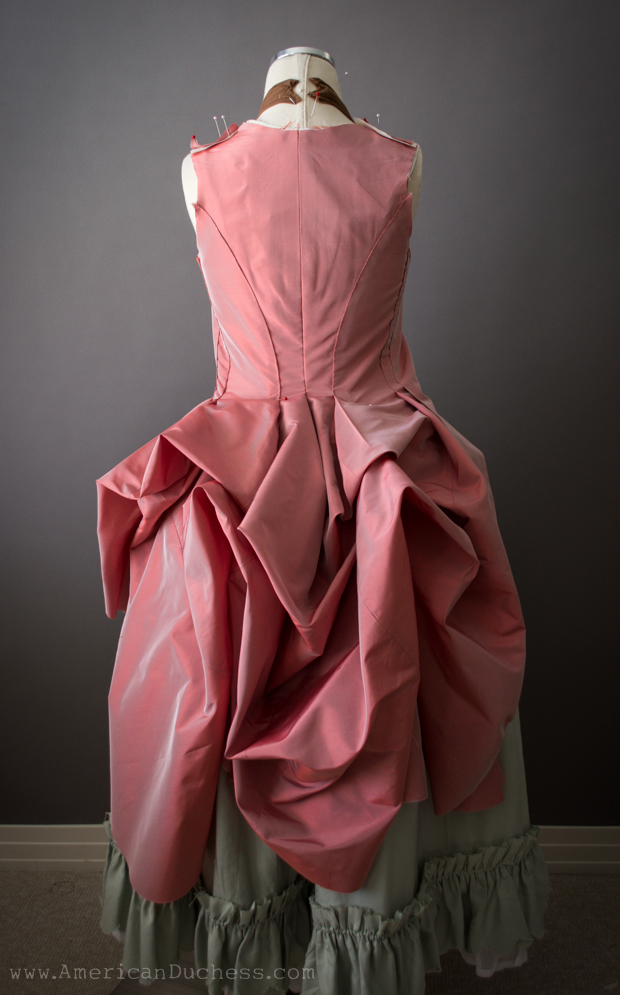 It's good to be inspired, though! I have a trip to Colonial Williamsburg coming up in early June, so of course I'm sewing like mad to make new things. I do feel a touch guilty - my old gowns are fine, so why make so many new things?  ... but I've given up trying to justify this hobby a long time ago.

So, to the new things! Last weekend, after finishing the 1940s blouse, I was feeling confident, so I sliced into some pink shot taffeta, determined to turn it into a polonaise.

The Robe a la Polonaise has thus far eluded me. I tried to make a Polonaise jacket once, but it failed, and since then I've sortof just ignored the Polonaise Elephant in the room.

The Polonaise confuses me, though. I get that the pieces are cut all-in-one with the skirt, like a man's frock coat, and I get the back construction and fitting, but the hangy-openy bits at the front confuse me. I want to make everything fit like a glove, but having to leave those pieces hanging free and with the weird little foldy-backy thing they do....it makes me a little crazy, and I have a hard time believing it will all work out in the end. 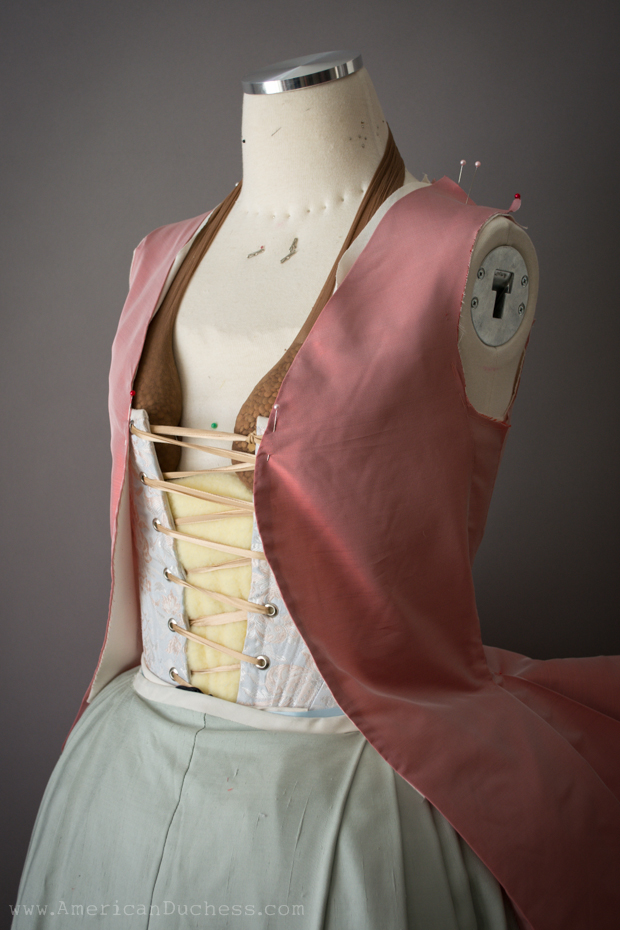 Either way, this thing is going, and it's going surprisingly well. I have the bodice together, but plan to revisit the center back seam and probably the side back seams as well.

The remaining bits will be an exercise in piecing. I didn't have nearly enough pink taff for the whole thing, but I want the petticoat to match the gown, so I found some matching pink cotton to use at the back where the poofy polonaise bits will cover the petticoat, and under the very deep pleated organza hem trim. The cotton will also underlay the organza sabot cuff trim on the sleeves, so I will use as little remaining taffeta in these applications as possible. I still have a waistcoat front to get out of the scraps, too. Eep! 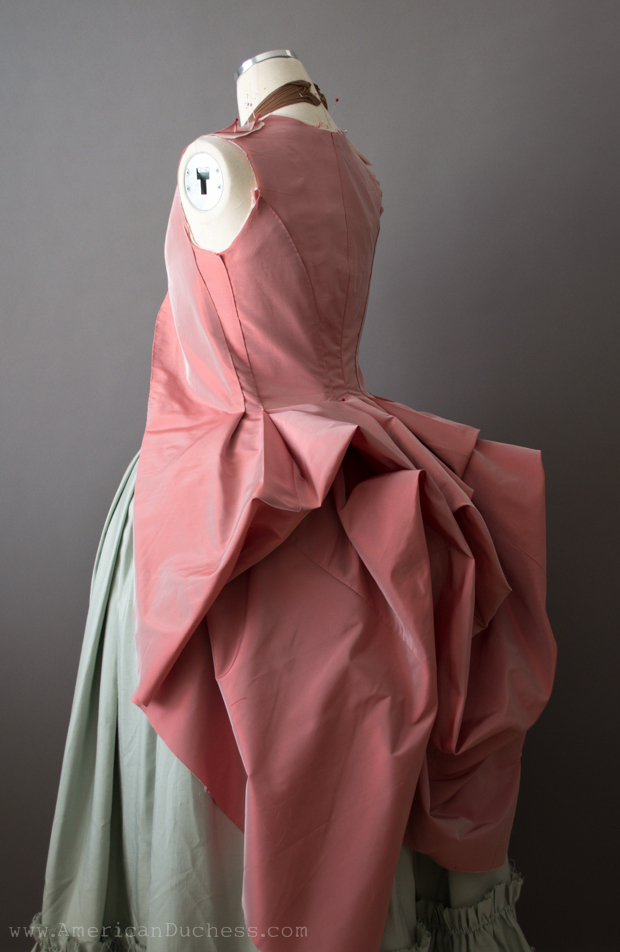 I love the color, though, and I'm pleased with the construction so far. It will be so much fun to wear in June!
1770s Pink Polonaise 18th Century