Posted by Lauren Stowell on April 11, 2013
Howdy!  I've had some questions about the most recent images I created, inspired by Gainsborough's portrait of Georgiana, Duchess of Devonshire, so I'm going to show you a little behind-the-scenes of how I created them. 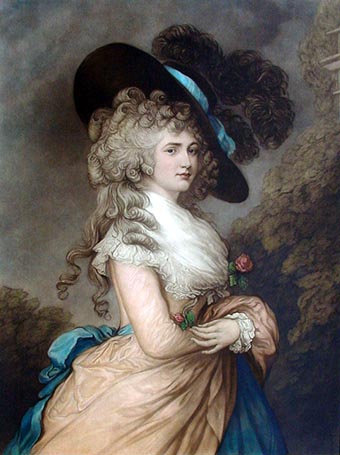 I had the idea to re-create famous portraits with distraught historical figures holding ugly shoes, to try to visually impart why I started a company making period-correct footwear.  I thought the idea of it would be funny, so I went ahead with creating the first image, since this is the one that I could get the closest to with the costuming.

I already had a hedgehog wig, and black Gainsborough hat.  I needed to make a blue sash and ruffled neckerchief.  As for the gown, I don't have a light peach colored gown in my closet, so instead, I wore my red "Revolution" dress, and changed the color of it in post processing.  Here is the original image:

It's quite a lot different from the finished piece!  For the photos, I dressed as much the part as I could, and used natural light from a window off to the right.  In post processing, I removed the background completely, replacing it with one I painted, similar to the portrait's background.  I carefully changed the color of the gown, as well as the shoe, and enhanced the definition in the wig, then color corrected everything to be as close to the portrait as possible.  In the end, I ended up with this: 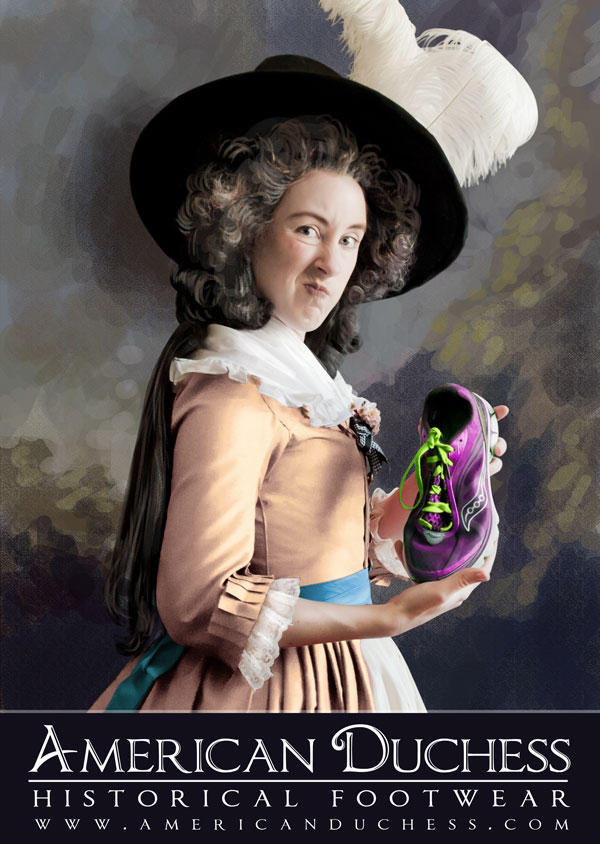 It's one part photo and one part art, and a lot of fiddling and finessing in Photoshop.  Here are the two images side-by-side:
I'd like to do a whole series of these, but I have some items to make first! I'd also really like to make a peach colored gown now, too, after working on these photos.

Here is another shot from the same campaign, with the same process, but a different message: 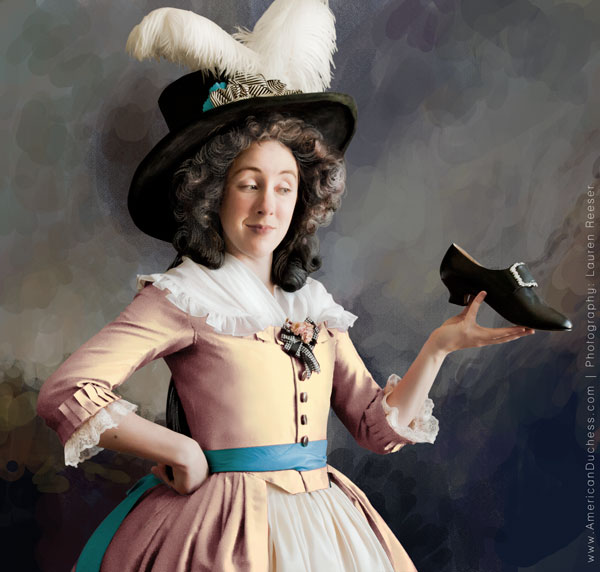 I hope you enjoyed these silly photos as much as I enjoyed making them. :-)