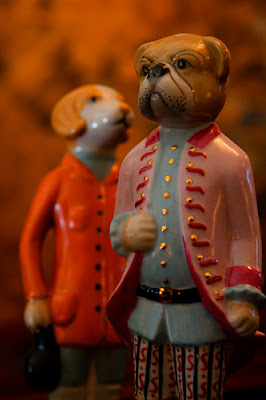 I watched a fascinating show last night, BBC 'Horizon: The Secret Life of the Dog,' and got to thinking about dogs of the past, and what is a "period correct" dog. I think this is a question that pops up in every dog-owning costumer's mind, at some point, when considering if his or her dog could attend faires and events...I suppose as a costume "prop?" I know I've thought about it...

So what are some dogs we'd see in the 18th century?

Hunting Dogs
Foxhounds and Beagles are the be expected, but many kinds of spaniels and setters were also popular. Many dogs were bred for specific kinds of hunting - for instance, standard poodles were for hunting bears, while terriers were for vermin, badgers, and rats. Greyhounds and whippets were used to course rabbits, and hounds to bring down stags and boars. 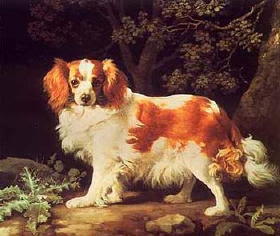 A small spaniel, maybe a Brittany 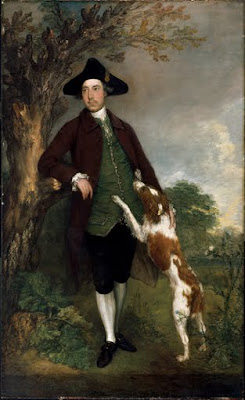 An English Spaniel or a Springer Spaniel, a hunting scene by Gainsborough 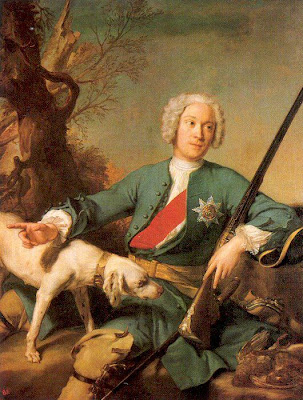 A hound, although looks a bit like a spaniel, with those ears. 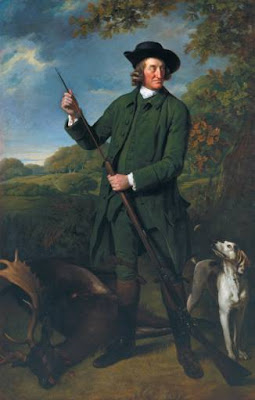 A hound - a pack of these would have been used to run down this stag. 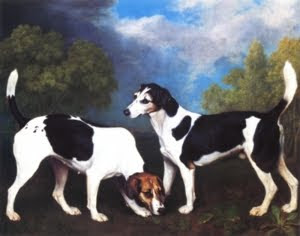 Foxhounds, by George Stubbs
Companion Dogs
One dog in particular kept popping up in portraits, a dog that looks like a samoyed, but is actually a Pomeranian. A far cry from what they've been reduced to today, the original Pomeranian was about 30 lbs., and was the favorite pet of Queen Charlotte, who brought the dogs from Siberia to England in 1761. 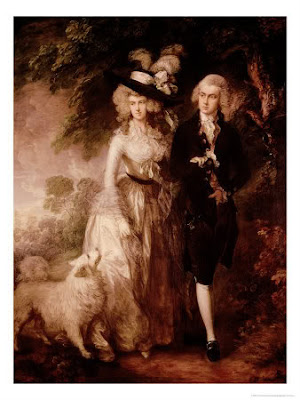 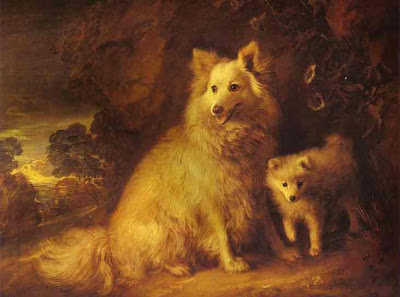 Here they are again... This is Fino, the Prince of Wales' pomeranian. 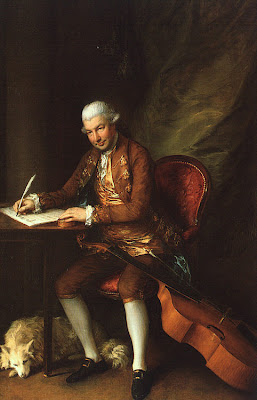 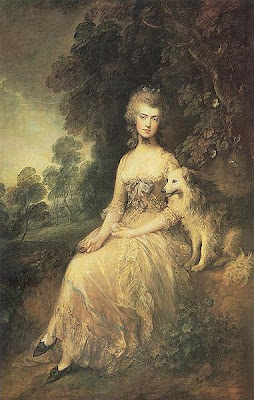 Other breeds such as poodles and pugs were popular then as they are today, but some looked significantly different. Marie Antoinette's "Mops" we all know as the fat little pug from the 2006 movie, likely looked more like this... 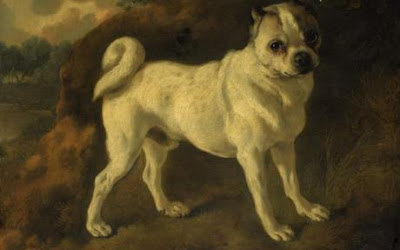 We are familiar with other toy breeds from the 18th c., such as Cavalier King Charles Spaniels, Bichon Frise, Pappilons, and various terriers (this last being a group of dogs that were bred for specific hunting, but became the pets of the aristocracy)

George Stubbs' portrait of a Spanish dog belonging to Mr. Cosway, 1775, my best guess is Pappilon 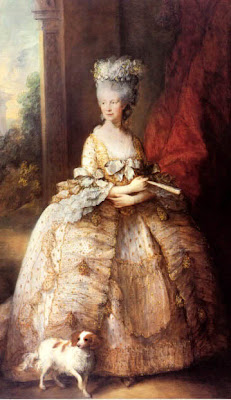 Queen Charlotte, with what looks like a King Charles' Spaniel 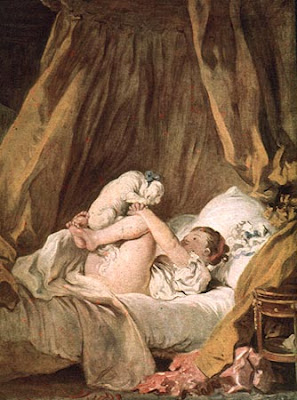 A delighful painting by Fragonard (if not a little voyeuristic?). Not sure of the breed, but looks like some kind of poodle? 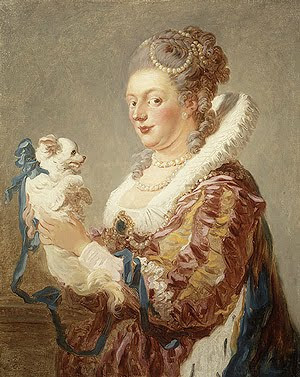 Another interesting painting by Fragonard, the woman with an odd costume (maybe for theater?), with her lapdog, possibly a pappilon

Other Dogs of Note
Of course, many many other breeds were in England and throughout Europe in the 18th c. Greyhounds were ever popular with the upper classes, and large working breeds such as Newfoundlands, Collies, and Sheepdogs were useful to the lower classes and bourgeoise. Interesting breeds such as the Dalmatian were used to accompany carriages (this is where the ubiquitous Fire Engine Dog image comes from), while Mastiffs, bloodhounds, and bulldogs were employed by the police to help keep order. 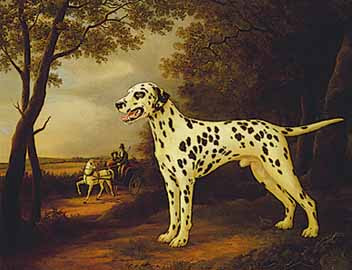 Dalmatian, with the carriage in the background. 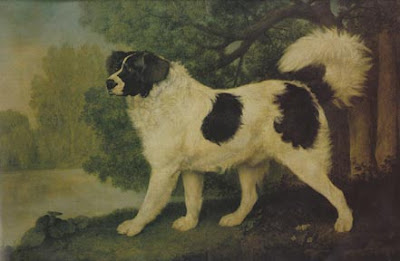 A Newfoundland, by Stubbs

For thousands of years dogs have been our companions and assistants. It's fascinating to see them appear in portraits, next to famous 18th c. figures, or all on their own. They were as beloved and essential to the people of the 18th c. as they are to us today (perhaps moreso), and ought not to be overlooked when we think back on and study this time in history.
Miscellany Research