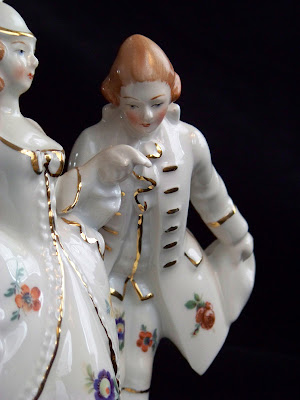 If you are unfamiliar with Pogey Bait, please take a stroll over to the Dreamstress, and read about it. There are varying definitions, not all of them above-board, but I like this silly little name that has somehow come to perfectly describe what it is I was up to last Sunday.

Last weekend, my Lady Mother and I went down to Folsom (near Sacramento, CA), to visit the Folsom Renaissance Fair, our favorite fair of the season. We spent the day frolicking about, catching up with friends old and new. 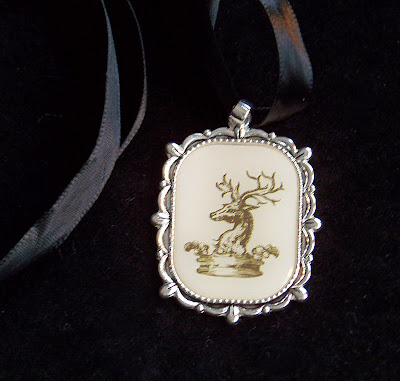 While at fair, my dear friend Jenny (of Buttons & Bows) gifted to me this wonderful little stag pendant. It ended working really nicely with my fair clothes, so I wore it all day, and will wear it to future dances and with various other costumes. Thanks Jenny!

My Lady Mother and I decided not to do a second day at fair, and instead went to explore Old Folsom, a lovely little Foothills town "stuck in time," and ripe with cafes, boutiques, and antique shops. 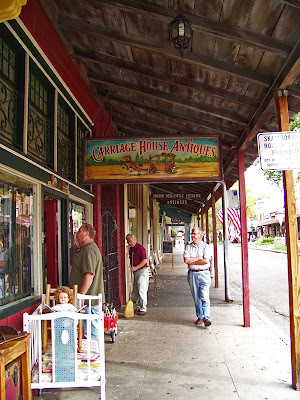 I have decided to start a collection of porcelain figurines depicting pastoral 18th c ladies (and gentlemen I suppose). These little figurines were popular from at least the 19th century (if not earlier) up through the 1940s, the best examples being made in Germany, and later in Japan. They run the gamut in price, some being ridiculously expensive and others being quite moderate. I found this delightful porcelain pair for under $30. With no research into the marks, I do know that the figurine came from US occupied Germany (primarily Southern), which dates it to 1945-49. 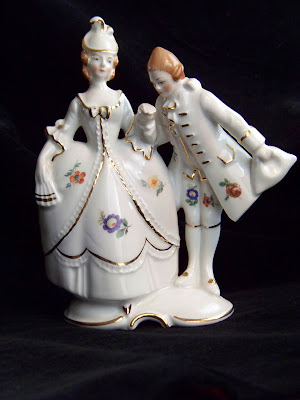 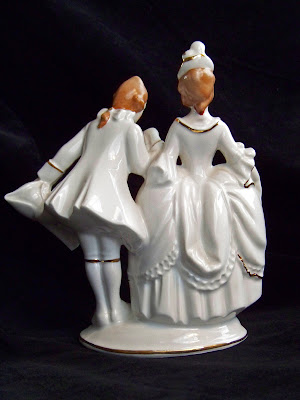 I also got an early birthday present from My Lady Mother. This little figurine is from US Occupied Japan, which puts it at the same date as the German figurine, although I wonder, since it depicts a 1920s/30s styled lady, if it was not manufactured before the Occupation. Possible. 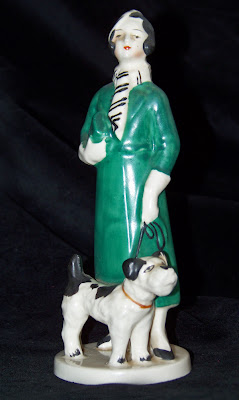 My last little trinkey was an impulse buy. It is a Pierrot bookend, and was on sale for $4. We think nobody wanted him because he did not have his Columbine. No marks or information on him, just love him for being so interesting and reminding me of a certain wooing contest earlier this year between a Yeoman, a farmer, and Pierrot the Clown (who won!). 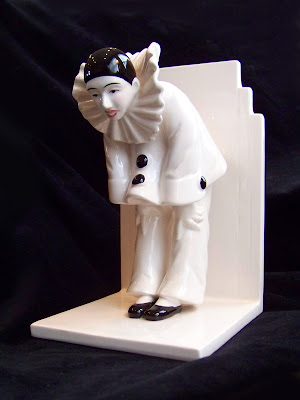 I think I shall also like to begin compiling a mismatched tea service. Cute little teacups and matching saucers were everywhere, for around $10. For the future, when it's time for tea parties :-)
Miscellany