Posted by Lauren Stowell on October 13, 2015
It's nearly Halloween time, and I'm sure you're all thinking about (or working feverishly on) your costumes!

Halloween can be a weird time for historical costumers. We costume all year long, and have closets full of outfits already, so why make something totally new? Here are eight ways to Halloween-ize historical and vintage pieces that you may already have lurking...

The Shade of Marie Antoinette

If you're an 18th c. costumer, this one's easy! The last quarter of the 18th century saw plenty of bloodshed in Europe and America. With a bit of makeup, easily use your 1770s, 80s, or 90s gown to become a victim of the guillotine or casualty of the Revolutionary War.


Here I'm wearing my Chemise a la Reine with black accessories, but I've done my makeup in green and brown tones, and used a red lip liner pencil to draw the guillotine cut on my neck. Creepy!

If you have a bustle gown in your closet, convert it to witchery with some simple accessories - a spidery scarf, a primitive broom, and of course the classic pointed hat. Some dark makeup and long black gloves take your otherwise perfectly historical gown to Hallow's Eve spec.

The great thing about witch costumes is that they can be from any period. Fear of witches goes back thousands of years,so convert any of your Medieval, Renaissance, 17th century, Georgian, Regency, or Victorian outfits with just accessories and makeup.

A Ghost of Titanic

With your 1912 Titanic or Downton Abbey outfit, it's easy to create an unlucky ghost. Get creative with frosty makeup - white and blue tones, particularly around the eyes and lips.

In the 1920s, Halloween became all the rage, with magazines and pattern companies offering hundreds of costume ideas and options. Popular among them were clowns, cats, harlequins, and mummies.

Interest in Egypt was at an all time high, with the discovery of King Tut's tomb. Egyptian motifs were worked into art, design, and architecture, so it's not surprising that the spookier aspects of the ancient culture were appropriated for All Hallow's Eve.

To create an easy 1920s mummy, use a flapper dress as the starting point, then wrap your limbs in white gauze strips or scarves.

Here's a simple costume with a big impact. With any slinky black evening gown, attach a broad drape of sheer "spidery" fabric on the back. Attach the ends of the sheer to your wrists or fingers.

This costume is based on this image, and the idea can be used for any kind of wing-like effect. 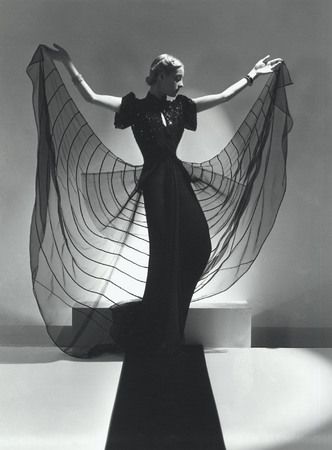 The idea is an old one, as seen on these earlier bat costumes: 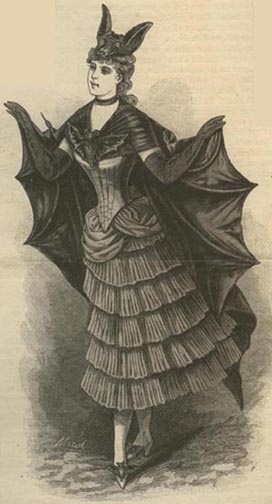 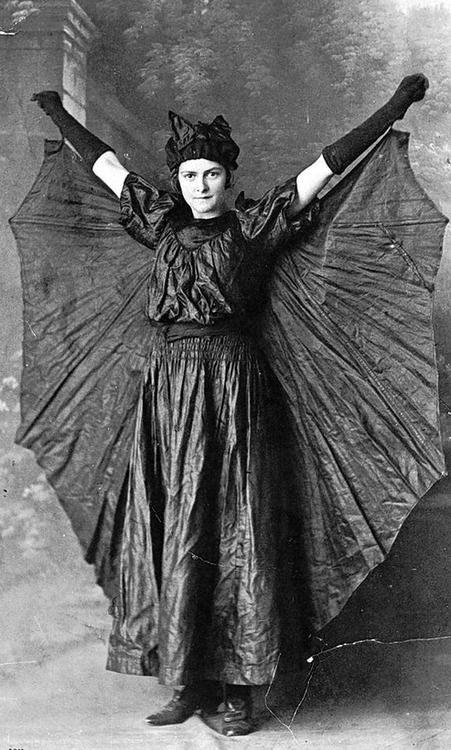 An easy and adorable classic, create a 1930s/40s pinup black cat costume simply by adding ears or a mask and a tail to a 'retro playsuit. 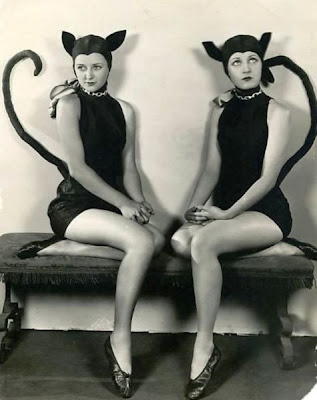 The 1940s saw the rise of the themed pinup, and there are tons of examples of pinup witches, pinup scarecrows, pinup bats, and pinup cats.

For this cute costume, we paired a black playsuit with '40s style shoes, hair, and makeup, then just added the cat mask, tail, and fuzzy gloves. Simples!

To convert a black '50s dress to a great Halloween party frock, just break out the sparkle. With rhinestone chain, strung sequins, or even narrow silver tape, create an off-center spiderweb on your skirt. 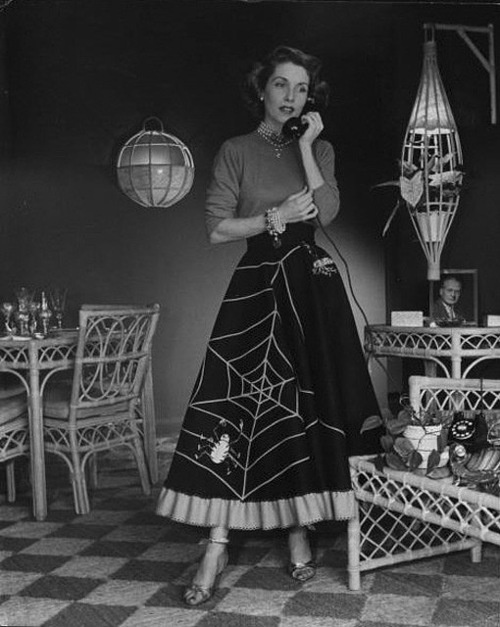 Think of it like the creepy version of the poodle skirt!

Our last historical costume is another super-simple idea. Tack a jack-o-lantern face onto an orange mini dress, top with a green scarf for the "stem," and big hair, and you're ready for a swingin' Halloween party.


Remember, nearly all of these ideas can be used for lots of other time periods. The bat wings, rhinestone spiderweb, jack-o-lantern face, and black cat accessories are classic themes that can be used to dress up vintage or historical costume pieces.

So be creative! If you don't fancy making something new for Halloween, a little effort can have a lot of impact with something already in your closet. Most importantly, too - HAVE FUN!

For lots more historical and vintage Halloween ideas, check out my Pinterest board.
Miscellany