Wherin Lil' Duchie Justifies the Purchase of All Those Feathers... 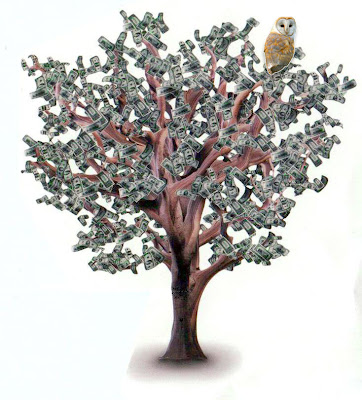 If you read last night's tedious entry about feathers, you might have been shocked by how much money I just spent on feathers. I was a little shocked myself as I punched in my credit card information, but as I thought later about what I had done, I realized that I have spent less on costuming this year-to-date than it seems.

I have been determined this year to start using fabrics from my stash instead of amassing more, and thus spending more money. By using stash fabrics, I've saved myself a bundle. True, I bought those fabrics at one time or another, but some of that yardage was purchased literally YEARS ago, and for discount prices then. Some was given to me (old sheets for lining fabrics), and some had been made into dresses, then deconstructed, and re-made. In addition to using stash fabrics, I have also been very good about using stash trims and stash notions. Everything from scraps of ribbon, to hook n' eye tape, to bias in sometimes interesting colors was dug out, used, recycled, cannibalized (like that corset busk), and only seldom added to with newly purchased items.

I have not been so good with all of my costumes thus far. The 1850s ballgown was completely new, as was the 18th c. wool coat, and the recent 1795 robe and gown. However, with these costumes, I tried very hard to use minimum yardages, or buy decently priced fabrics - I never like to pay more than $10/yard for, well, anything.

Here's a rundown of stash costumes from this year-thus-far: 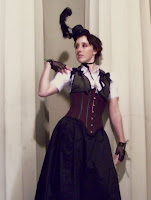 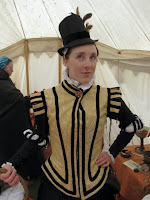 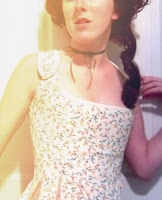 It is true that I am now making more costumes-per-year than ever before. I blame this on Maggie. Thus I am spending more money overall, but I have also a full-time job now, which allows me disposable income (however meager) that I get to spend on basic survival and the things I love - costuming, my puppydog, and dancing.

Another factor in allowing myself the cost of the feathers is that I hope to auction the robe when it's all over and donewith. Will it sell? No idea, but I'm still going to try. Partially this is to recover some of the cost of the gown, but also because it's such a unique piece that I cannot see that I would wear it often enough. Instead it will just sit in my closet, so why not pass it on to someone who will adore it, wear it, and maybe then in turn sell it? What do you all think?
18th Century Miscellany