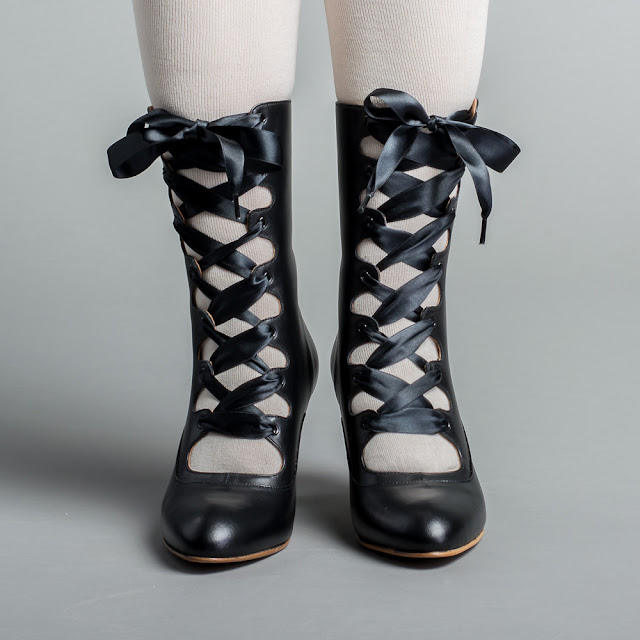 Around the time of the turn of the 20th century, a new dance craze swept the Western world. The dance was risque and immensely popular, first introduced to Paris by the sons of wealthy Argentinian families traveling abroad.

The Tango, that seductive Latin dance, became a phenomenon by 1913, and was celebrated throughout the 1920s and 30s, with music, events, and of course fashion.

Where footwear is concerned, the Tango had its very own shoe style, a lace-up boot or bootie designed to catch the eye and show off the legs and colorful stockings of the lady dancing such a sensuous dance.

However, this wasn't the first time this style of shoe was seen, though in its Edwardian and Jazz Age form they were sexier than ever. Here's a look at the evolution of what we call Tango Boots...
These black shoes are from 1818, but their influence was in Greece and Roman antiquity, not South America. The lacing is no less striking and interesting, which paired well with the shorter skirts worn in the late 18teens and 1820s. While the reference was different, the idea was the same, to show off a ladies' ankles whilst dancing. (LACMA, 1818, M.2000.10.2a-c) 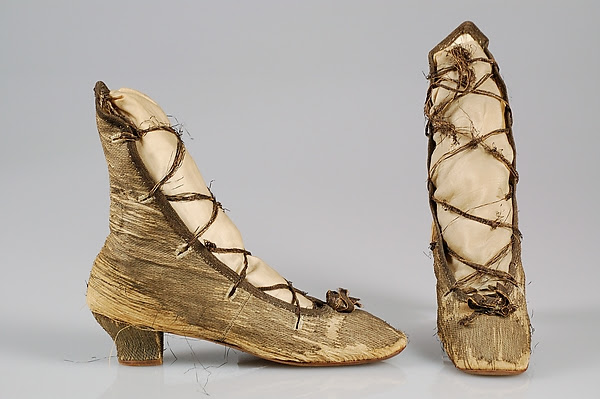 These silk evening boots are from the 1860s, and would have showcased a beautiful design on the front of the ladies' stockings. Again, these are for evening attire, dancing, and formal occasions, not for daywear. (The Met, 1860-69) 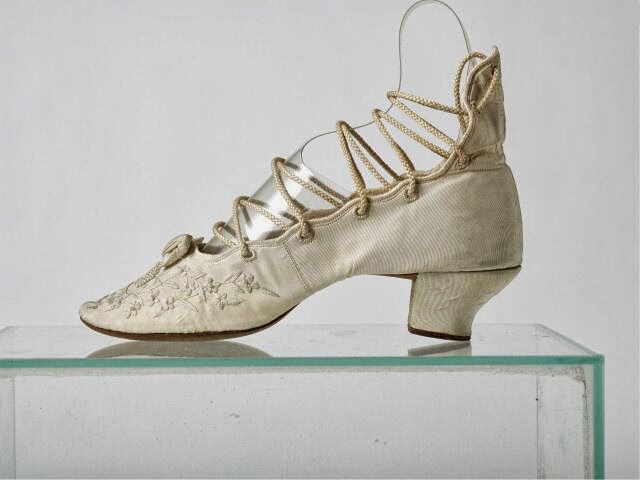 This lace-up shoe is a wedding boot from 1879, made of ribbed silk and embroidered and beaded. This type of shoe seems like an interesting choice for a wedding, but not when you think of it as "lingerie." The idea that nice Victorian women would never allow their ankles to be seen is complete nonsense! Shoes like these were definitely meant to be seen, along with the flamboyant stockings worn with them. Of course it would make a gentleman's heart leap to think of untying the complex laces of these booties, which make a rather obvious reference to other lace-on garments she is wearing. These boots play in perfectly to the ritualized disrobing and consummation of the marriage on the wedding night - they are a "gift" to the new husband. (Image from Silk Damask of a wedding shoe in the Clarks Shoe Museum, UK) 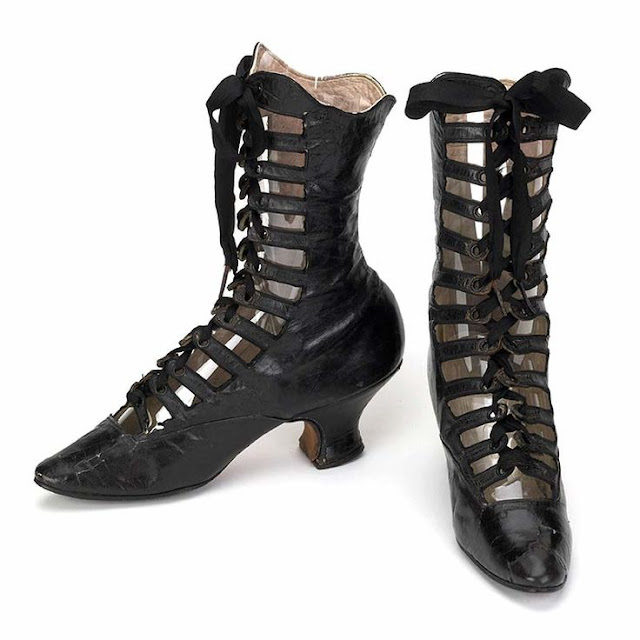 As we near the end of the 19th century, cutwork, strapwork, beading, and lacing becomes incredibly popular on women's shoes. Once again, the modern idea that Victorian women were demure as concerns the flashing of leg is simply wrong - these strappy late 1880s boots are not fetish boots, but everyday wear. Even children were wearing strappy boots, and as women gained more freedom in their lives, so did their fashion choices. (Virtual Museum, Canada, 1885-1890)

Now we get to the really "wild" footwear of the 19teens, shoes and boots that are inspired by and made for dancing the Tango.


Just imagine these boots in gilded leather, shiny silk, and bright colors, with beads and laces and embroidery, glinting in the low electric lights, flashing here and there while dancing the Tango. They're seductive and interesting and not at all repressed.

Of course, this doesn't mean that people were not shocked by this dance (like most things that first come through Paris). In the TV series "Mr. Selfridge" (Season 2 Episode 2), the Tango is introduced to respectable ladies and gentlemen in London, who react rather accurately for the time.

But they do accept it, and it becomes a huge dance craze, and surprisingly, a fashion craze that we still have today. Tango boots, though called all sorts of other names now, are still being worn in various incarnations, with the same idea of attracting attention to the legs. And the way we react to the modern boots below is how people reacted to the "old-fashioned" boots above - scandalous! 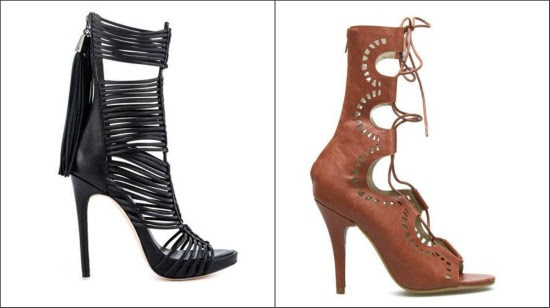 // 2020 UPDATE//
We have re-released the Tango Boots, due to popular demand. The winning colors this year are black, green, ocean blue, and oxblood red. Our new Tango Boots are all-leather with that gorgeous 3" heel and are made in Portugal. You can see these beauties at AmericanDuchess.com. 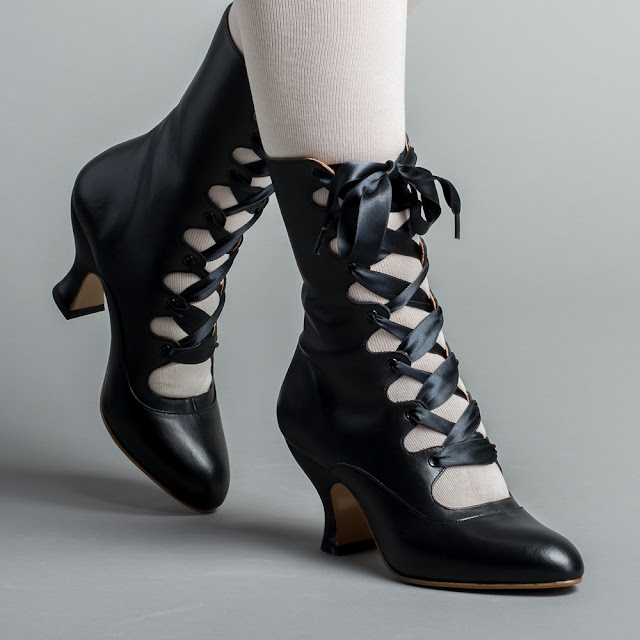 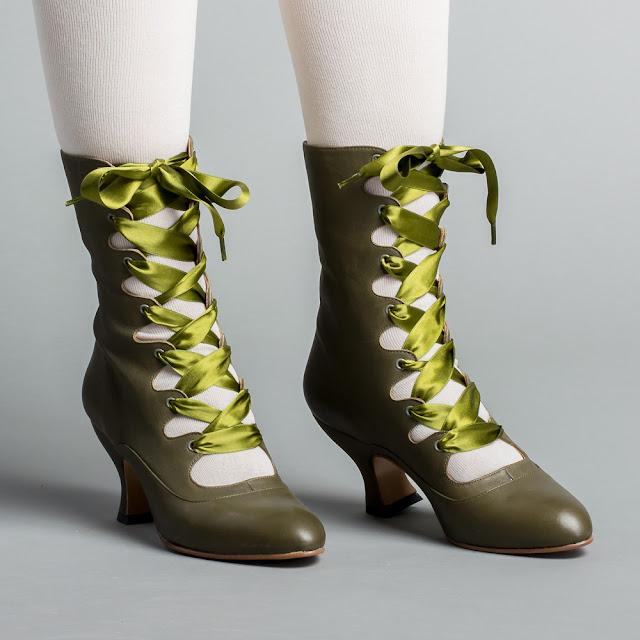 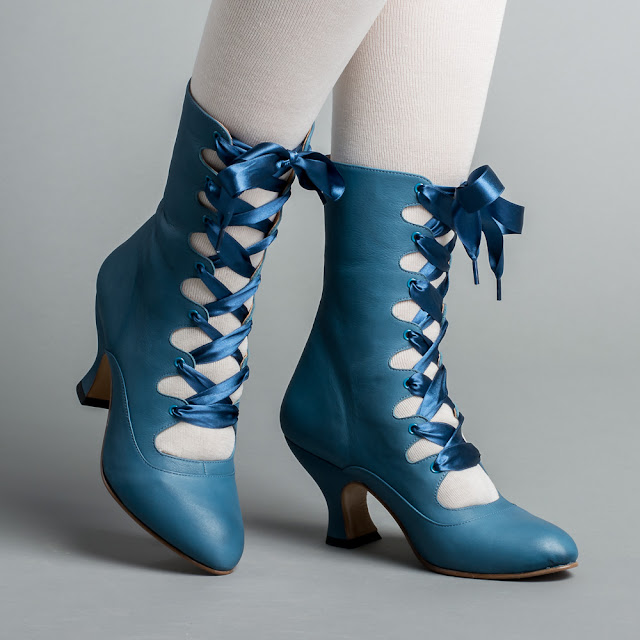 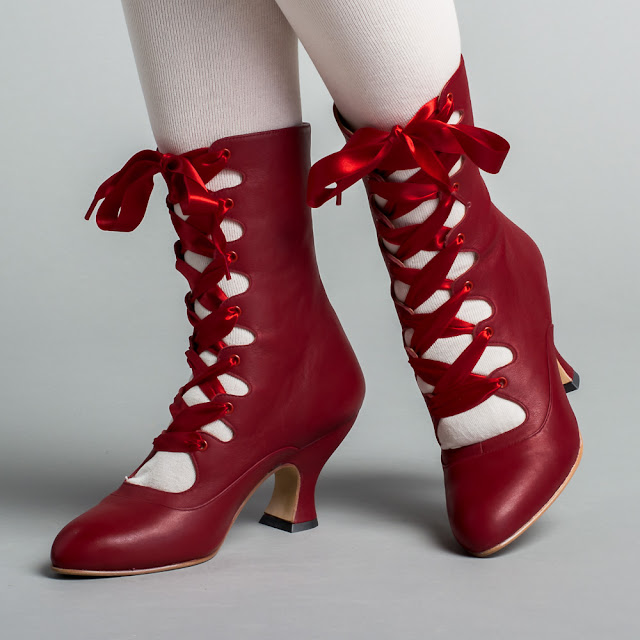